March is National Women’s Heritage Month and we have a program on the Contributions of Native American Women in – NATIVE AMERICA’S “BETTER HALF ”: STRONG WOMEN, STRONG NATIONS!

Attention Teachers!
Native American Heritage Programs offers a variety of programs and exhibits at your school. The programs are for children and adults of all ages and ability levels, including preschool, kindergarten, and special needs groups.  Our presenters work with one group at a time and are happy to tailor the program to your group’s needs. (Note: Because we provide interactive hands-on experiences, we prefer to work with groups of less than 80 students per session). Please call well in advance to reserve your date of choice. Ask about our Lifelong Learning Program Series.   We help you meet Pennsylvania’s Academic Standards in History & Arts / Humanities, New Jersey’s Core Content

Native American Heritage Programs has been designated a Woman/Minority Business by the Commonwealth of Pennsylvania & Certified by the State of Delaware.

Jersey & Delaware At the time of Columbus, as many as 10 million Native Americans lived in North America.  Many thousands lived in “Lenapehocking,” the vast homeland of the Lenni Lenape, who were the first inhabitants of eastern Pennsylvania and parts of New York, New Jersey, Maryland, and Delaware. Admired and respected by William Penn, the Lenape were later betrayed and forced from their villages by the policies of Penn’s sons and the infamous Walking Purchase.  This program explores the life and times of these peaceful, progressive people, comparing and contrasting their social customs, history, religion, family life, agriculture, hunting, healing practices, arts and crafts, past and present contributions (and much more) with those of the Europeans and Colonial Americans of their time. This program features a lecture/demonstration and hand-on interactive exhibits.  Needed: 4 long tables for exhibits, depending on the room a microphone might be needed.  Kid Friendly & Family oriented.

Native American Contributions
Introduce your group to a variety of Native people and their inventions  (Note: The basic program can help Boy / Girl Scouts meet various badge / patch requirements.  Please check your handbooks). Though many of us never knowingly encounter Native Americans, they and their legacy are everywhere, adding color and value to the tapestry that is America. Place names…words…foods…sports… clothes… health practices–many gifts have come from the First People. What’s more, they have contributed greatly to our might and success as a nation. This program will surprise you!! This program includes lecture/demonstrations and interactive exhibits and a question and answer session.  Needed: 4 long tables for exhibits, depending on the room a microphone might be needed.  Kid Friendly & Family oriented.

NATIVE AMERICANS IN THE CIVIL WAR

Discover …. the fascinating story of the estimated 20,000 Native warriors who fought in the Civil War.

Explore …. divided loyalties that set the Native Nations against each other.

Learn …. the intrepid exploits of important Native leaders in the war.

Civil War buffs, family audiences, and students of Native American history of all ages will be fascinated by the surprising, almost unknown story of the Native American warriors who fought on both sides in the War Between the States. An estimated 20,000 Native Americans of various backgrounds participated in the conflict. Participants in this program will learn why, where, and how they took part as they explore the divided loyalties and complex political realities that pitted Native American tribes –even family members– against each other in battles that raged across America. The presentation also will trace the astonishing biographies and impressive exploits of important Native American leaders in the War. One of them was a full-blooded Seneca chief who was a Brigadier General and Aide to General Grant and drafted the terms of surrender signed at Appomattox!  Offering a new perspective on the Civil War that explores its impact on the fate of Native Americans, this program begins with a lecture. It goes on to offer the opportunity for a lively Q and A session and for in-depth post-presentation conversation that well-informed audiences often enjoy. Exhibit material available for browsing will focus on individual Civil Warriors and Native battle sites in the West. Designed for adult audiences.

NATIVE AMERICA’S “BETTER HALF ”: STRONG WOMEN, STRONG NATIONS  The Role of Women In Native Society, Then & Now
The role of Native American women in Native life and their contribution to our nation’s history has always been elusive and greatly underestimated, because early European writers were unwilling to accept and value women in roles other than the limited ones allowed in their own culture.  Reservation life forced men to abandon their traditional roles as hunters and warriors and to conform to European social customs, leading them to usurp female roles.  In contemporary Native American life, what women try to accomplish is often distorted or ignored.  Exploring the roles and achievements of women in Native society through the eyes of a Native woman and a historian, participants will also view exhibits, such as the visual creative arts contributions of Native Women – Their “Beautiful Visions” which were handed down through many generations.  Needed: 4 long tables for exhibits, microphone and electric, depending on the room a microphone might be needed.  Adult oriented.

In 1912, a Native American football team, led by Jim Thorpe & coach “Pop” Warner, defeated the U.S. Military Academy on the fields at West Point, trouncing a team that included Eisenhower and Patton.  The astonishing winning streak of the Carlisle Indians changed American football into the strategic, thinking man’s game it is today.  In another startling turn of events, the  Oklahoma Hominy Indians football team defeated the Giants. Find out more of this exciting forgotten history!  Designed for adult audiences. 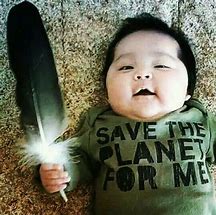 NEW AMERICA’S ORIGINAL PEOPLE—KEEPERS OF THE LAND AND WATER

A 1996 public service announcement introduced Americans to the unforgettable image of a noble Native American watching the destruction of the environment with a tear in his eye. Powerfully projecting Native Americans’ traditional respect for the land, that image came to be synonymous with the Environmental Movement’s  commitment to protecting and preserving  the earth.

When the worlds of America’s first people and Eurocentric newcomers collided, their deeply-contrasting beliefs and behaviors inevitably led to conflict that drove Natives from their homelands and greatly reduced their numbers. Fueled by self-interest and justified by misconceptions and myths embedded in America’s founding documents, the divisive racialized emotions of the dominant white culture led to environmental racism that continues to seriously impact Native Americans everywhere in the form of environmental injustice.  Designed for adult audiences.

Aggravated and accelerated by climate change and the expanding carbon infrastructure, the threats to the land and water Natives have always fought to protect are now mainstream issues impacting all of us. The ongoing resistance of the “protectors” to such man-made catastrophes just might offer a roadmap to ending environmental injustice and a guide to surviving climate change.

What You Know That Isn’t So:
Unstereotyping America’s Original People

Exploring—and exploding—the myths and stereotypes that have shaped our perception, portrayals, and policies toward “The First People,” this program exposes and corrects some of the false notions we cling to in order to justify the slaughter of 1 to 4 million Native Americans, the theft of 1.5 billion acres of their land, and the continuing social injustice harming the 6 million now living in over 570 Native nations or residing unseen in American cities. Sign on for an eye-opening experience that swaps what isn’t true for what is!!!

PENN’S WOODS: THE PEACEABLE KINGDOM
Featuring the dramatic story of Indian Hannah, this is an in-depth look at the cordial relations of the Lenape, Quakers, and Moravians during the early settlement of Pennsylvania and at the later conflicts arising with other Euro cultures. Once respected “Grandfathers” who counseled for peace and arbitrated among the Native Nations, the Lenape were forced to negotiate desperately in a bid to maintain their values and relationship to their part of “Turtle Island.”  Designed for adult audiences.

In Remembrance of the Treaty of Shackamaxon
From the Children of Tamanend, Lenape
To the Children of William Penn,
First Proprietor of Pennsylvania.
For we were ever sworn to be friends, and we will walk together like brothers.

This enjoyable foray into literature we all have loved explores Native American characters ranging from the bloodthirsty barbarians and noble savages in the dime novels to formulaic heroes and she-roes, secondary characters and sidekicks, and protagonists not juxtaposed with a paternalistic white hero. Coverage includes comic strips and comic book series by Marvel and others. This deep dive examines how and why Natives have been marginalized and misrepresented in comics and explores how NA artists are now attempting to reach and uplift young readers with heroic characters  and storylines that address challenges confronting Natives today.

Beings honored in creation stories…chiefs who battled to save their lands and people…woman warriors who fought for their own and tribal rights…gifted public figures—all those were and are the shining lights of America’s First People.  You’ll meet a generous sampling of these extraordinary Natives in the fascinating stories shared in this presentation.

Gifts of Mother Earth: Nature’s Supermarket
Seasonal program
Learn how the first environmentalists achieved a sustainable lifestyle through reuse and recycling!  Explore the many uses of plants in a program that covers living off the land, gardening, gathering, fishing, and hunting. Over 50% of the food we eat is Native American, 45% of our medicines are Native plant extracts, and we live a Native American lifestyle!  Learn more about plant uses in this adult program.  Via a lecture, videos, exhibits, and a handout we will discover Native contributions that continue to be a part our lives.  Needed: 4 long tables for exhibits, TV/VHS equipment, related cables, and electric, depending on the room a microphone might be needed.  Kid Friendly & Family oriented.

The Native World View
Over 500 Native Nations remain in the USA today – each with a different world view!  You will be introduced to the cultures of several Native Nations through videos and a lecture, which should produce a lively discussion.  There will also be exhibits and a handout.  Needed: 4 long tables for exhibits, TV/VHS equipment, related cables, and electric, depending on the room a microphone might be needed.  Adult oriented. The Indian Wars in Pennsylvania When European powers fought each other for dominance in 18th Century America, Native Americans took sides in the conflict. Because of the friendship between the Lenape, the Quakers, and other likeminded Europeans, peace lasted longer in Pennsylvania than in other states. Eventually, however, the French and Indian War erupted here. Betrayed and their way of life threatened by the infamous Walking Purchase and treaty violations, the once-peaceful Lenape joined the fray on the side of the French. The fighting drove settlers from Western Pennsylvania until the Lenape recognized their cause was hopeless, and the Proprietors of Pennsylvania decided that buying peace was cheaper than waging war. But Pontiac’s Rebellion ignited a struggle in the Ohio River valley that lasted until “Mad” Anthony Wayne smashed the Indian resistance at the Battle of Fallen Timbers in 1794. Participants in this program will trace the tragic consequences of the breakdown of respect between peoples as they delve into the Natives’ struggle to survive, the complexities of Native and European interaction, and the battles of the early Colonial era. Designed for adult audiences.

Beginning with the Revolutionary War Native Americans have served in the American military in every national conflict – often in numbers higher than other ethnic groups. Some achieved fame; others served in quit valor. In WWII,
Navajo Code Breakers were key to U.S. victory in the Pacific. After helping to raise the flag at Iwo Jima, Ira Hayes, a Pima, toured the U.S. as a national hero. In all, 25 Native warriors have earned the nation’s highest military award: the Medal of Honor. Learn more about the patriotic men and women warriors who have served with distinction throughout our history. Adult audiences.

We will provide a unique and rewarding educational experience for your group!  Please tell us your needs when you call.