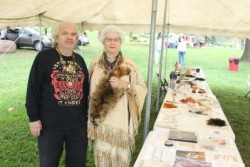 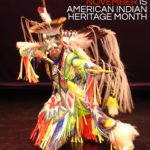 When the Shadbush Blooms in paperback!  As a signed & dedicated book from our website, your favorite book seller or in bulk from Lee & Low!

The Friday After Thanksgiving Is Designated as a Federal Day of Tribute!  The Federal Holiday you did NOT know existed!  Most people call it Black Friday.

How do you Celebrate the Culture, Contributions & Endurance of your local Native People?  How do you show your students that Native Americans are alive and living in your community today? 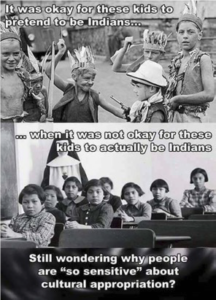 NY Times: A Conversation With Native Americans on Race

Read below the Proclamation for Resources!

The United States of America was founded on an idea:  that all of us are created equal and deserve equal treatment, equal dignity, and equal opportunity throughout our lives.  Throughout our history — though we have always strived to live up to that idea and have never walked away from it — the fact remains that we have fallen short many times.  Far too often in our founding era and in the centuries since, the promise of our Nation has been denied to Native Americans who have lived on this land since time immemorial.

Despite a painful history marked by unjust Federal policies of assimilation and termination, American Indian and Alaska Native peoples have persevered.  During National Native American Heritage Month, we celebrate the countless contributions of Native peoples past and present, honor the influence they have had on the advancement of our Nation, and recommit ourselves to upholding trust and treaty responsibilities, strengthening Tribal sovereignty, and advancing Tribal self-determination.

The COVID-19 pandemic has highlighted and exacerbated preexisting inequities facing Tribal Nations.  Early in the pandemic, reported cases in the Native American community were over 3 times the rate of white Americans; in some States, Native American lives were lost at a rate 5 times their population share.  Even as they shouldered a disproportionate burden throughout the pandemic, Tribal Nations have been paragons of resilience, determination, and patriotism — implementing key mitigation strategies like testing and prioritizing the vaccination of Tribal communities at high rates in order to save lives.  Through it all, Tribal Nations have effectively utilized the tools of Tribal self-governance to protect and lead their communities, setting a standard for all of our communities to follow.

Our Nation cannot live up to the promise of our founding as long as inequities affecting Native Americans persist.  My Administration is committed to advancing equity and opportunity for all American Indians and Alaska Natives and to helping Tribal Nations overcome the challenges that they have faced from the pandemic, climate change, and a lack of sufficient infrastructure in a way that reflects their unique political relationship.

As a starting point, the American Rescue Plan represented the most significant funding legislation for Indian Country in the history of our Nation — the largest single Federal investment in Native communities ever, with $20 billion in direct funding to help Tribal governments combat and emerge from the COVID-19 crisis.  Through the Bipartisan Infrastructure Deal and my Build Back Better framework, my Administration is pushing for strong Tribal participation to help build our Nation’s clean energy future, deploy clean water and high-speed internet to every home, and invest in Native American families, businesses, jobs, and communities.

In my first week in office, I also signed a Presidential Memorandum committing my Administration to the fulfillment of our Federal trust and treaty responsibilities, to respect Tribal self-governance, and to conduct regular, meaningful, and robust consultations with Tribal Nations on a broad range of policy issues.  Together, we are implementing a whole-of-government approach to empower Tribal Nations in their efforts to achieve political and economic self-sufficiency, advance climate resiliency, and protect their territorial sovereignty.  To further elevate the voices of Native Americans in my Administration, I restarted the White House Council on Native American Affairs earlier this year.  It was among the proudest honors of my life to appoint one of our country’s most remarkable leaders, Deb Haaland of the Pueblo of Laguna, to serve as United States Secretary of the Interior — the first Native American in the history of our Nation to serve in the Cabinet.

Native American roots are deeply embedded in this land — a homeland loved, nurtured, strengthened, and fought for with honor and conviction.  This month and every month, we honor the precious, strong, and enduring cultures and contributions of all Native Americans and recommit ourselves to fulfilling the full promise of our Nation together.

NOW, THEREFORE, I, JOSEPH R. BIDEN JR., President of the United States of America, by virtue of the authority vested in me by the Constitution and the laws of the United States, do hereby proclaim November 2021 as National Native American Heritage Month.  I urge all Americans, as well as their elected representatives at the Federal, State, and local levels, to observe this month with appropriate programs, ceremonies, and activities, and to celebrate November 26, 2021, as Native American Heritage Day.

IN WITNESS WHEREOF, I have hereunto set my hand this twenty-ninth day of October, in the year of our Lord two thousand twenty-one, and of the Independence of the United States of America the two hundred and forty-sixth.

WASHINGTON (AP) — President Joe Biden on Friday issued the first-ever presidential proclamation of Indigenous Peoples’ Day, lending the most significant boost yet to efforts to refocus the federal holiday celebrating Christopher Columbus toward an appreciation of Native peoples.

The day will be observed on Oct. 11, along with Columbus Day, which is established by Congress.

“For generations, Federal policies systematically sought to assimilate and displace Native people and eradicate Native cultures,” Biden wrote in the Indigenous Peoples’ Day proclamation. “Today, we recognize Indigenous peoples’ resilience and strength as well as the immeasurable positive impact that they have made on every aspect of American society.”

In a separate proclamation on Columbus Day, Biden praised the role of Italian Americans in U.S. society, but also referenced the violence and harm Columbus and other explorers of the age brought about on the Americas.

“Today, we also acknowledge the painful history of wrongs and atrocities that many European explorers inflicted on Tribal Nations and Indigenous communities,” Biden wrote. “It is a measure of our greatness as a Nation that we do not seek to bury these shameful episodes of our past — that we face them honestly, we bring them to the light, and we do all we can to address them.”

This month, let us celebrate the traditions, languages, and stories of Native Americans and ensure their rich histories and contributions can thrive with each passing generation. Let us continue to build on the advancements we have made, because enduring progress will depend on our dedication to honoring our trust and treaty responsibilities. With sustained effort and unwavering optimism, we can ensure a vibrant and resilient Indian Country filled with possibility and prosperity.

NOW, THEREFORE, I, BARACK OBAMA, President of the United States of America, by virtue of the authority vested in me by the Constitution and the laws of the United States, do hereby proclaim November 2016 as National Native American Heritage Month. I call upon all Americans to commemorate this month with appropriate programs and activities, and to celebrate November 25, 2016, as Native American Heritage Day.

IN WITNESS WHEREOF, I have hereunto set my hand this thirty-first day of October, in the year of our Lord two thousand sixteen, and of the Independence of the United States of America the two hundred and forty-first.       BARACK OBAMA

The links to the left in the Celebrate November! section will give you background, projects, lesson plans, resources and more!  Below you will find the Origins of Native American Indian Heritage Month & Native American Heritage Day! 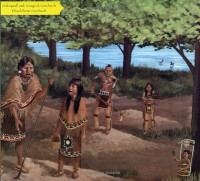 So, look for: Native Food; Thanksgiving Food; Tidbits – Clothing for Native & Pilgrims; The Wampanoag People – they met the Pilgrims; Background on Thanksgiving & various points of view.

This Month in History – November; Children’s Pages; Teacher/Parent Pages; Activity Page for When the Shadbush Blooms and our free newsletter.
Visit: http://www.tolerance.org/search/apachesolr_search/Native%20American 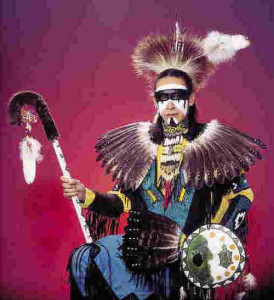 “I am pleased the President took quick action on signing this legislation, which recognizes the importance of Native Americans to our history and culture,” said Rep. Baca. “It is critical we honor the contributions of Native Americans and ensure all Americans are properly educated on their heritage and many achievements.”

H.J. Res. 62 was originally passed by the House of Representatives on November 13, 2007. The bill was passed with technical adjustments by unanimous consent in the U.S. Senate on September 22, 2008. Then, on September 26, 2008, the House of Representatives unanimously voted to pass the legislation again, this time including the adjustments from the Senate. The legislation was signed into public law by the President on October 8, 2008.

“This law will help to preserve the great history and legacy of Native Americans,” added Rep. Baca. “Native Americans and their ancestors have played a vital role in the formation of our nation. They have fought with valor and died in every American war dating back to the Revolutionary War and deserve this special acknowledgement.”

“Since my time in the California State Legislature, I have fought to ensure Native Americans receive the recognition they deserve,” continued Rep. Baca. “After introducing the legislation that established Native American Day in California, I am proud to have introduced and passed the legislation that creates a national day of recognition. I thank my good friend James Ramos, now Chairman of the San Manuel Band of Mission Indians, for standing with me from the beginning on this long journey to ensure the contributions of Native Americans are recognized and appreciated by all.”

This is a wonderful thing that has been declared, a National Day to recognize the Tribes.

Source: U.S. Dept. of the Interior, Bureau of Indian Affairs

What started at the turn of the century as an effort to gain a day of recognition for the significant contributions the first Americans made to the establishment and growth of the U.S., has resulted in a whole month being designated for that purpose.      Dr. Arthur C. Parker

One of the very proponents of an American Indian Day was Dr. Arthur C. Parker, a Seneca Indian, who was the director of the Museum of Arts and Science in Rochester, N.Y. He persuaded the Boy Scouts of American to set aside a day for the “First Americans” and for three years they adopted such a day.  In 1915, the annual Congress of the American Indian Association meeting in Lawrence, Kans., formally approved a plan concerning American Indian Day.  It directed its president, Rev. Sherman Coolidge, an Arapahoe, to call upon the country to observe such a day. Coolidge issued a proclamation on Sept. 28, 1915, which declared the second Saturday of each May as an American Indian Day and contained the first formal appeal for recognition of Indians as citizens.

The year before this proclamation was issued, Red Fox James, a Blackfoot Indian, rode horseback from state to state seeking approval for a day to honor Indians.  On December 14, 1915, he presented the endorsements of 24 state governments at the White House.  There is no record, however, of such a national day being proclaimed.

The first American Indian Day in a state was declared on the second Saturday in May 1916 by the governor of N.Y. Several states celebrate the fourth Friday in September.  In Illinois, for example, legislators enacted such a day in 1919. Presently, several states have designated Columbus Day as Native American Day, but it continues to be a day we observe without any recognition as a national legal holiday.

In 1990 President George H. W. Bush approved a joint resolution designating November 1990 “National American Indian Heritage Month.”  Similar proclamations have been issued each year since 1994. The theme for 2004 was “Celebrating our Strengths.”

The term “Native American” came into usage in the 1960s to denote American Indians and Alaskan Natives (Indians, Eskimos, and Aleuts of Alaska). There are more than 554 federally recognized Indian tribes and Alaska native groups, each with their own culture and history. They speak more than 250 languages. Web Editors Note:  There are many state recognized Native Nations / Groups and many more that are not recognized by their state of origin.